Professional Hypnotherapy Products & Information for Therapists and Consumers Since 1996 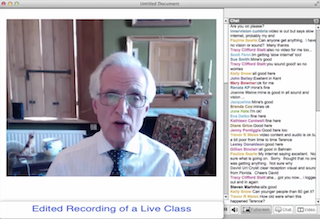 This presentation, an edited and enhanced recording of a live class conducted by Terence Watts, is predominantly ‘focussed’ on heterosexual issues, though there is much information within it that is relevant to homosexuality as well.

Although it’s not possible to give a definitive course on working with psychosexual dysfunction in just a short presentation, it IS possible to provide essential and little-known information that allows for more effective working with such issues

Everybody, probably, is aware that males and females ‘work’ differently as far as sex and sexuality is concerned... But if you ask a male about how women really work, you will get a totally different (and inaccurate) response than if you talk to a few females. Likewise, most females have a ‘skewed’ view of the way the males think and behave, reinforced by parenting and media.

This ‘misinformation’ is not just among what might be called ‘the general public’ (our clients) but also among therapists unless they have received specific training - but they won’t know that, of course, and will retain a subconscious ‘bias’ against their opposite gender, whether they are male or females themselves.

Terence created a training course in psychosexual dysfunction which was considered of high enough quality for him to be awarded the ‘MCGI’ (Member of the City & Guilds Institute of London, UK). He is the only psychology-related therapist world-wide to have achieved this.

In this class, he talks about the fundamental differences and huge misunderstandings that occur on an almost daily basis between mean and women. The following concepts are covered:

Also included is the exhaustive cognitive questionnaire, the careful use of which can resolve some sexual difficulties with no further work being needed.